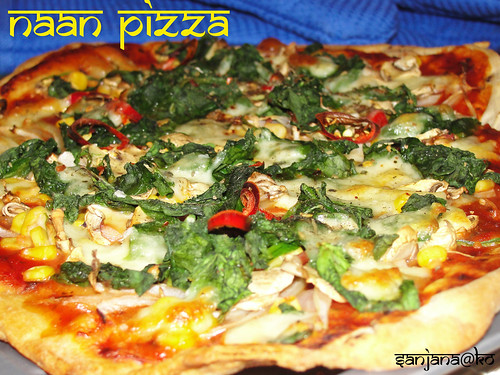 Italian Nonna’s would be turning in their graves. The naan pizza is not a replacement for those fantastic traditional pizzas made by the Italians. It’s just a quick and easy alternative which combines the flavours of Italy with the spices of India. Oh, and it’s a students best friend! A way of demonstrating that cheap food can be good food, if you will. So listen up folks, this is my naan pizza, it’s so easy I don’t even think it needs a recipe. So I didn’t write one. I reckon I’ll let the pictures do the talking (they’re not the most beautiful pictures in the world but I’m not a photographer and wouldn’t know how to make a naan pizza look pretty… sorry guys!). I added to it what I had in my fridge but you can top the naan with whatever takes your fancy or whatever you have lying around. Leftovers need never be a problem with the superduper king of Quick, Naan Pizza! 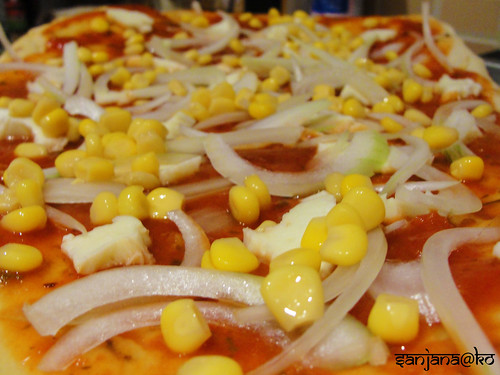 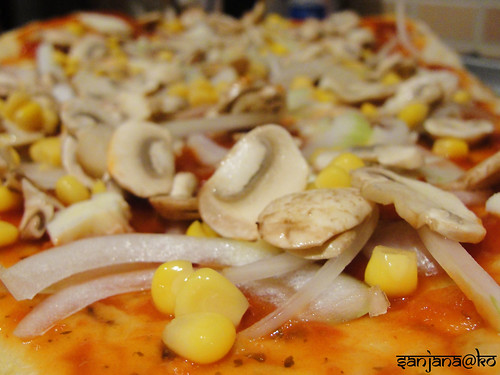 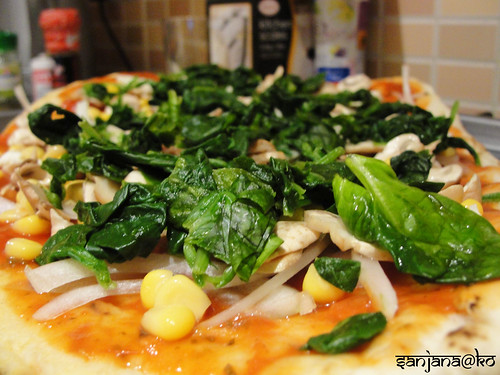 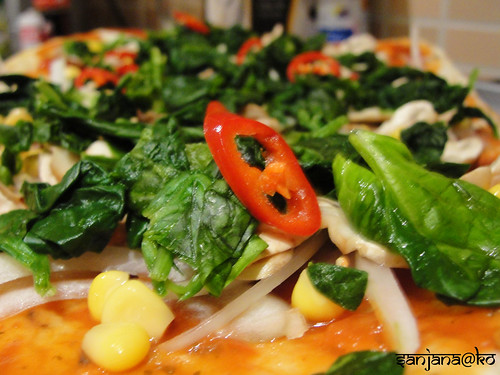 Just a lil something to give it a kick. Indian blood courses through my veins does it not? 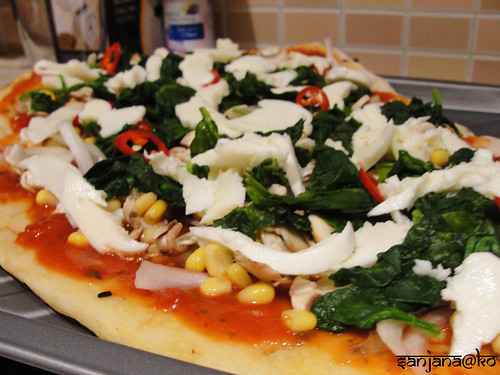 What? You want more mozzarella? Like seriously? Okay. We’ll have to run it off tomorrow…
Something is definetly missing here. 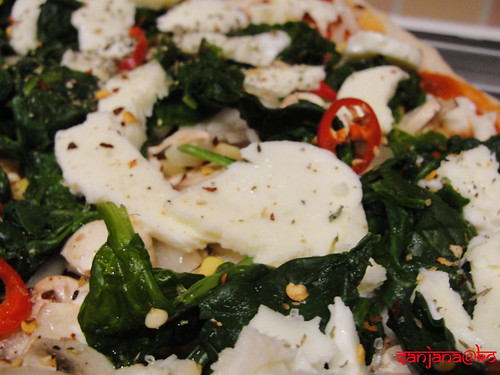 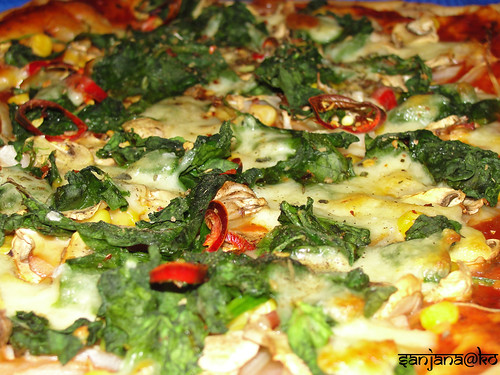 Quick, slice it before I fold it over and make a naan pizza sandwich out of it. Because I really can’t wait. 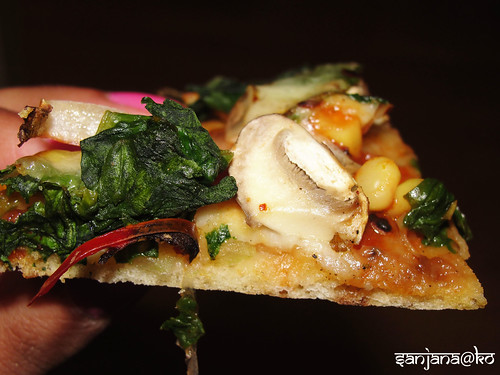 Guys, you better grab a slice before I eat it all.
Too late.

7 responses to “Naan Pizza: It’s Breaking All The Rules”