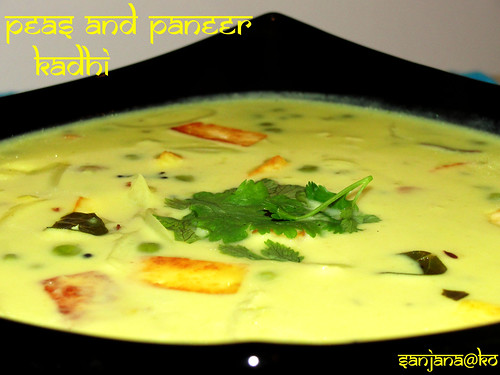 Kadhi is a soup I learned to cook when I was around thirteen years old and I have learned to love making it. The process is so practical that cooking it totally relaxes me. My version of kadhi is a souped up (hehe) version of traditional Gujarati kadhi as I decided to add peas, paneer and onions to make it more substantial. This is something my Nana Bapu (maternal grandfather) used to do when he made kadhi– minus the paneer. So definitely feel free to add whichever vegetables you like to this! I totally love paneer so couldn’t resist shallow frying some and adding it, but it is really up to you what you choose to put into your kadhi. The Punjabi version of kadhi is traditionally thicker than the Gujarati and it is eaten with pakora. My version is a lighter alternative and is great with fluffy basmati rice, dry mung bean curry (recipe coming soon) and chapattis. Or just on its own! 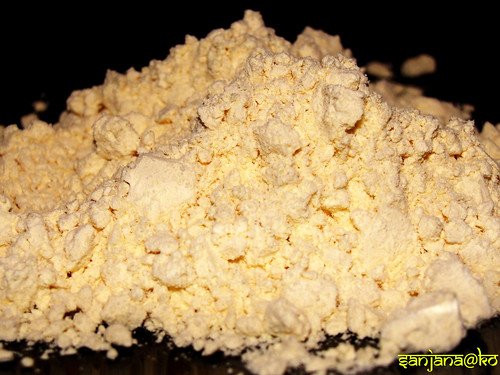 1. In a blender mix the yogurt, chickpea flour, water, garlic, ginger and chillies. Blend until smooth. Set aside. 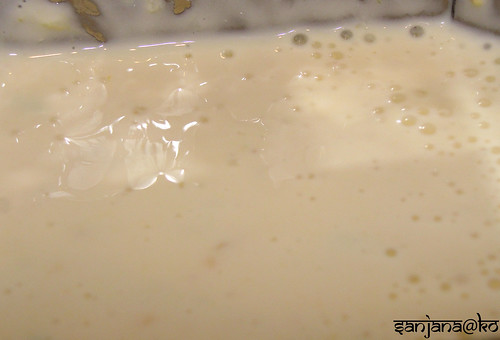 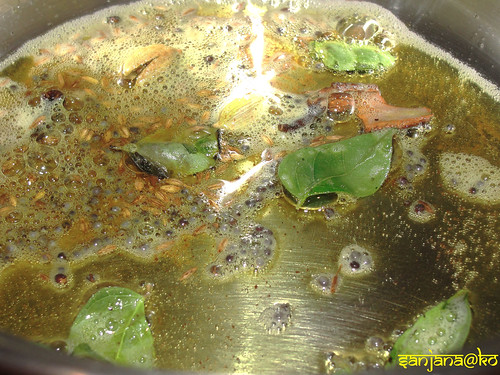 Tempering the spices… The best smell in the world! After chocolate of course!

3. Quickly add the yogurt mixtures and heat on a medium flame. (TIP: This is the most crucial part of the recipe which requires you to KEEP STIRRING no matter what! The chickpea flour stabilizes the yogurt to a certain extent but if the heat is not distributed evenly then the mixture will most certainly curdle… yuck). Therefore, constant stirring until the mixture reaches boiling point is vital. At this point add the salt, sugar and turmeric. When it has reached boiling point it is okay to stop stirring but ensure it is on a low flame while you fry the paneer.

4. Heat enough oil to fry the paneer in a wok, add the paneer and allow to lightly brown. Remove from the wok and drain the paneer on kitchen paper to remove any excess oil. 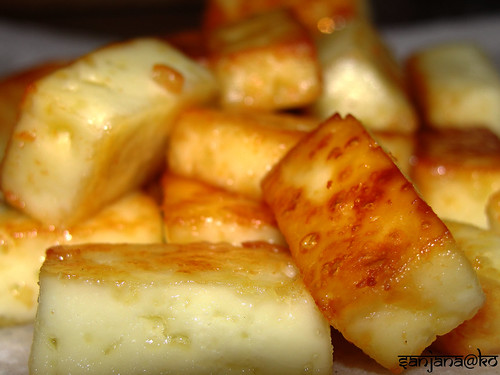 Take these away from me because I might just eat them all now!

5. Add the peas and paneer to the kadhi and allow to boil again for two minutes.

6. Garnish with chopped coriander and enjoy! 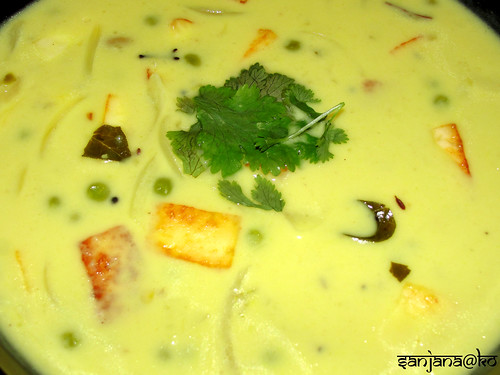 Can someone get me a spoon???

Melt in the Mouth Paneer Kofta