TL;DR: Because it’s dishonest, immoral and people work damn hard to do what they do. Be a decent human.

It happens all the time and only sometimes are we fortunate enough to spot it. Last year a well-known vegan recipe brand which rose to fame and made fortunes through Facebook “hands and pans” videos lifted plagiarised a recipe from this blog, my blog, the one I’ve written and put my heart into for nine years. I didn’t pick up on it at first. It was sent to me privately by a reader and as soon as I saw the post, I spotted comments from my readers calling the brand out on their blatant dupe of my recipe. These comments received no responses and were later deleted by the brand, including a comment made by myself asking why they did not credit me for my work.

My work. My work. Yeah, I work seriously hard to create, test, style, photograph and write recipes for this blog. It consumes full weekends at a time per recipe and there are no monetary gains. Have you ever noticed that there aren’t any display ads on this website? I was five months pregnant when it happened and working full time in a job that required me to travel on trains for four hours a day. This was the last thing I needed. This blog has always been my outlet, my safe place you see. It’s brought me so much joy over the years.

I reached out to people on social media to get some advice and every one of them told me to do something about it. My whole life I’ve been the person that forgives, forgets and moves on. Apparently that was the wrong course of action this time. So I wrote to the brand directly. Here’s what I said:

You probably know who I am and why I’m contacting you, given the rather embarrassing situation on your Facebook, Instagram and YouTube pages this week. As I mentioned in my posts, I am a food blogger who has been sharing recipes for almost 10 years. I blog alongside my full-time job and have never made a penny out of blogging. I somehow always thought money would suck the joy out of the blog I love and am so passionate about. So you can imagine that it came as a surprise when one of my readers contacted me on the evening of 2nd November 2017 to share a link to your Facebook page (of which I was already a fan as I once thought your content was original and creative). It was to your video for Tofu Tikka Masala. The similarities between that recipe and the one I published on my blog in January 2016 were uncanny, right down to the use of well, every ingredient. The formatting of the written recipe was also incredibly similar. Like it has been copied and pasted, with a tweak here or there to remove some of the ‘weirder’, perhaps less obtainable ingredients like kasoori methi – which I kindly mentioned was optional in my original recipe anyway. I do love a good cooking tip.

I like to think of myself as a fair person and I very much would have been happy for you to use the recipe for your video/social media, had you asked first. The most I would have asked for in return is a credit to my blog and perhaps a link. That really is all.

I hope that this experience was enough to encourage you to reflect and stop this from happening again. A lot of lesser-known bloggers do this as a hobby and devote real energy to doing a good job – and for nothing at all in return but the feeling of sharing an epic recipe with people who care enough to read and cook from their blogs. We don’t all have 1.4 million Facebook fans, 240K Instagram followers, book deals and branded content campaigns coming out of our ears. We do it because we love to cook and share recipes and food stories that are close to our hearts. Personally, I do it to honour my grandfathers – both were chefs in East Africa. One was a confectioner and the other a chef for a family who owned a sugar plantation. I never knew either of them but I know that they’d have taught me some brilliant stuff. I’d give anything for that chance. I’d probably be sharing gathia-making and jalebi-piping (they were experts at that) on my blog right now if I’d have had that opportunity. Anyway, I’d like to think you’re well aware of the time and effort it takes to conceive of, produce, photograph/film and write up a recipe. Please do think about these things before you decide to copy and take credit for someone else’s recipe and hard work for personal gains again.

It has also been brought to my attention that you have a book coming out with [publisher] in April. I believe it is due to be printed in the coming months. I hope you do reply to this message and as part of your response, I’d like to know if my recipe for Tofu Tikka Masala will be printed in your book? If so, I very much hope it will be attributed to me and my blog and that I will be appropriately compensated for my work.

I’d like to write more about this in the future and would like to give you the opportunity to provide a comment that I can reference and incorporate. I hope you will issue a response. Unfortunately after multiple attempts to contact you, the only response from you was to delete the content entirely, without offering a reply or an explanation.

That was sent in November 2017. I did not receive a response.

I then contacted the publishing house they recently brought a vegan cookbook out with (April 2018). Despite chasing up my email on four separate occasions, the last time being in February 2018 (just before I had my baby – I was a bit busy after that you see), no response was received.

It did make me wonder whether my content, along with content that had been duplicated from other people’s blogs would be published in their book without credit. This includes potential recipes from other bloggers who did not know their recipes have been copied without prior consent. It’s incredibly disappointing to see cookbook authors like this do this kind of thing with other people’s work, especially when it’s to promote a cookbook they have benefitted hugely from, both on personal and professional levels.

Here is a link to the original recipe I wrote on this blog: https://www.sanjanafeasts.co.uk/2016/01/vegan-tandoori-tofu-tikka-masala

Although the video posted by the brand has now been deleted, an aggregator of vegan video content on Instagram reposted the original video before it was taken down. If you look at both this recipe video and the recipe on my blog, you will see that they are the same in every way. https://www.instagram.com/p/Ba-TkRnjveu/

I am aware that IP around recipes is a tricky subject and there are multiple recipes out there with similar titles and ingredients but in this case, the similarities are overwhelmingly clear from the method, right down to the use of tofu puffs, brown sugar (not common in Indian cooking but a great substitute when jaggery is unavailable), fennel seeds and many more ingredients that were used/their quantities when you looked at the written recipe they shared (this has also now been deleted).

The book has had a brilliant reception in the media and on Amazon, it’s even called out as being “The Fastest-Selling Vegan Cookbook Ever!”

To summarise, don’t copy other people’s work without giving credit, hiding the evidence is usually an admission of guilt and goes hand-in-hand with a lack of accountability (I know because I’ve hidden dozens of chocolate bar wrappers in my time). I’m sure they teach you that this stuff is not okay way back in school, right? 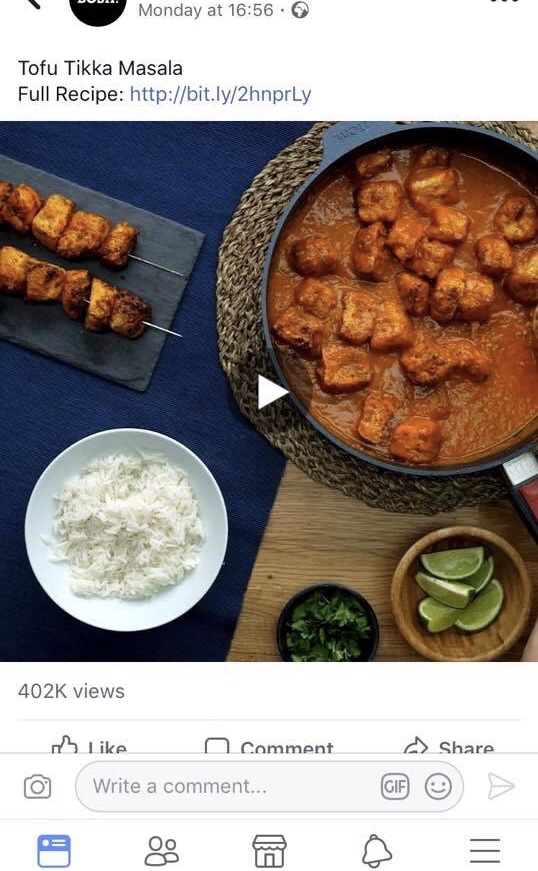 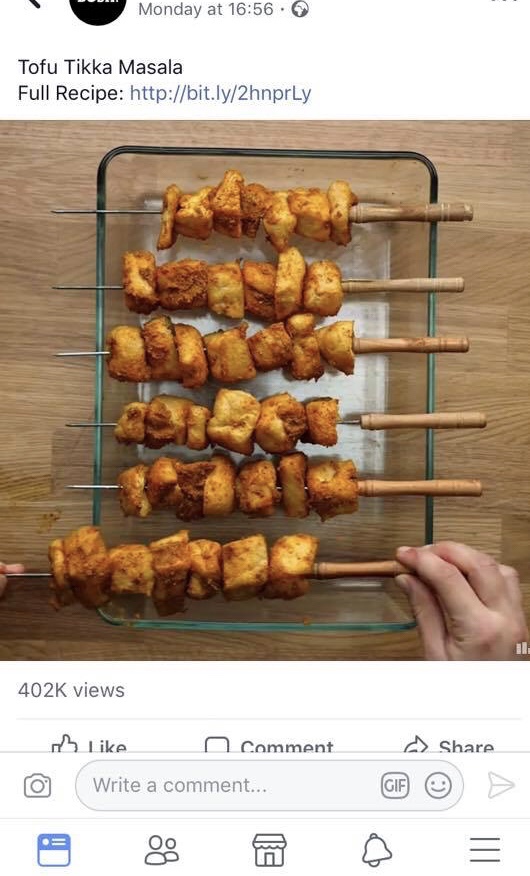 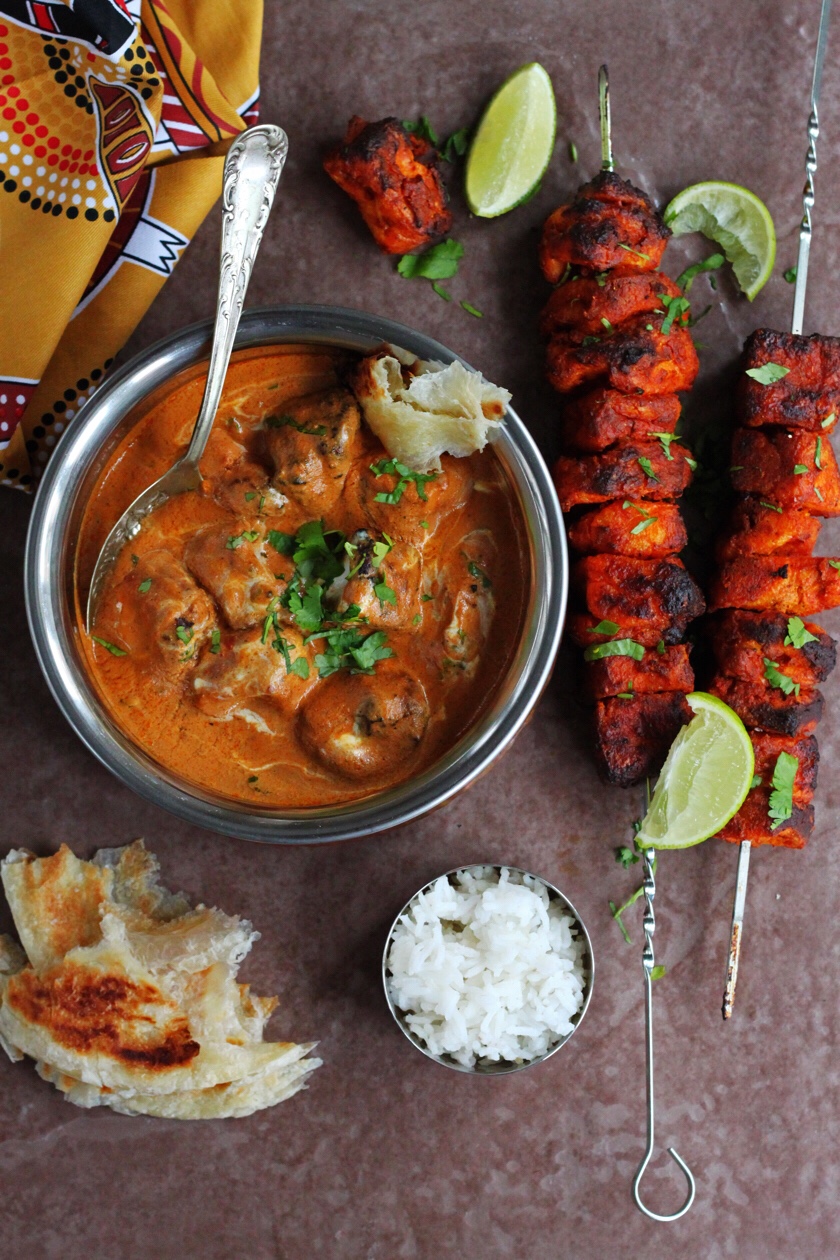 It would be very helpful to know the company name in question, as we readers are also consumers, not just consuming the content you produce, but also through purchases (possibly to that company). There is no greater tool we have as consumers than for us to allow our money to speak for us--whether that means which links/URLs we click on (which = advertising dollars) or which items we buy directly (which = profits to a company that is engaging in intellectual property theft).