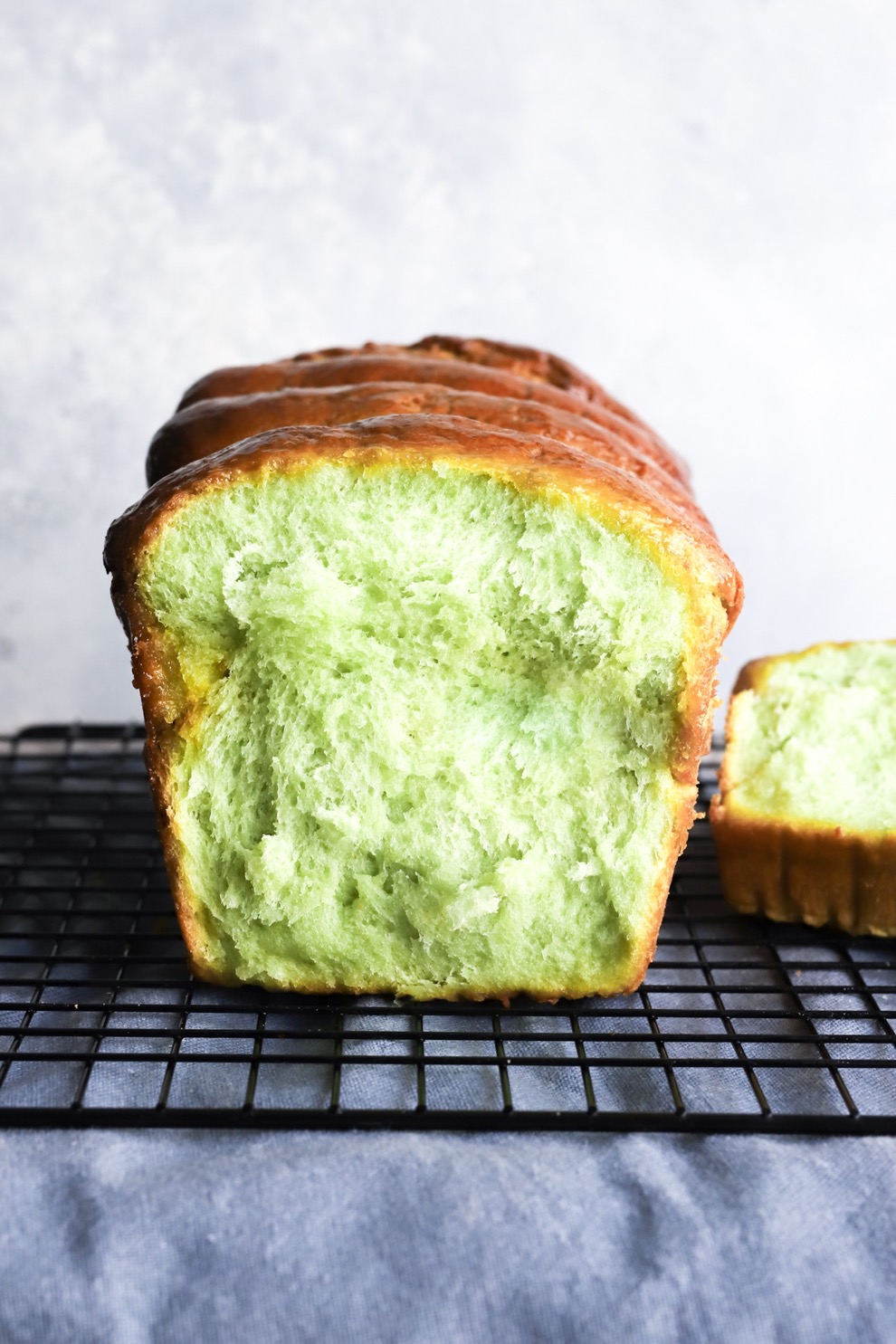 Vegan Pandan Hokkaido Milk Bread = the most addictive vegan loaf you will EVER eat! LOOK at that GLAZE. This recipe for the iconic Asian-style milk bread is spectacularly golden and shiny on the outside and springy on the inside. I challenge anyone to spot the lack of dairy and eggs in the finished loaf.

Say hello to ultimate vegan recipe for soft, fluffy, Asian-style bread (also known as Hokkaido milk bread) with a tender-but-chewy texture. Unique due to its water-roux starter technique, this recipe makes for an addictive vegan sweet bread that you can just tear layer by layer. Perfect with butter and jam for breakfast.

The squishy green dough can be baked inside a loaf tin, formed into pull-apart buns and even turned into breakfast muffins.

The subtle sweetness and pandan flavour of the milk bread is the perfect partner for pillowy-soft bread and makes it hopelessly addictive. One bite of vegan milk bread is never enough. Pair with jam, butter or a cup of coffee for a tea-time treat. Or tear chunks off whilst it’s hot out of the tin and devour. I won’t tell.

The process of making Vegan Pandan Hokkaido Milk Bread begins with a method called tangzhong . This is to first cook a small amount of the flour (my recipe calls for 10%) with water to create a paste that is similar to a roux in French cookery. Tangzhong is a technique which has been used in Asian baking, namely in Japanese and Chinese cuisines for centuries.

The method of heating flour with water activates the starch in the flour and creates a perfectly-hydrated dough filled with tiny air bubbles. This gives the final loaf a soft, springy texture. Honestly, the tangzhong dough is extremely sticky, due to the extra moisture so it’s a challenge to knead by hand. Yet, my stand mixer is very loyal and does all the hard kneading job for me.

Making this vegan milk bread really is a magical process as well as a cathartic baking project. Kids will also love helping rolling up the dough up into spirals, too. Bodhi was mainly interested in the squishing part… Can you tell?

In South Asia and Southeast Asia, pandan is as common a flavoring as vanilla is in the West. The flavour is sweet and floral like vanilla but with a subtle, marshmallowy and grassy dimension which is difficult to describe to the uninitiated. It’s widely used in savoury cooking as well as baking and sweets. Pandan paste is easy to find in Asian supermarkets and a little goes a long way. If you’re lucky enough to find fresh pandan leaves, you can make your own pandan juice. I reduce it down to a pulp with water and strain. Also, fresh leaves are also amazing when added to a pot of steaming rice.

My ultra-shiny egg-free glaze comes from a simple mixture of agave, coconut milk and turmeric. No yolks required! The sweetness from the agave helps the top caramelise. Bonus! The turmeric adds a hint of yellow for that eggwash feel. It’s perfect for baking. When glazing savoury pies and pastries, I omit the agave and simply use any plant milk + turmeric.

For the milk bread:

For the vegan “eggwash”:

For the vegan “eggwash":

If you like this, you’ll love my recipe for Indian-Inspired Rocky Road 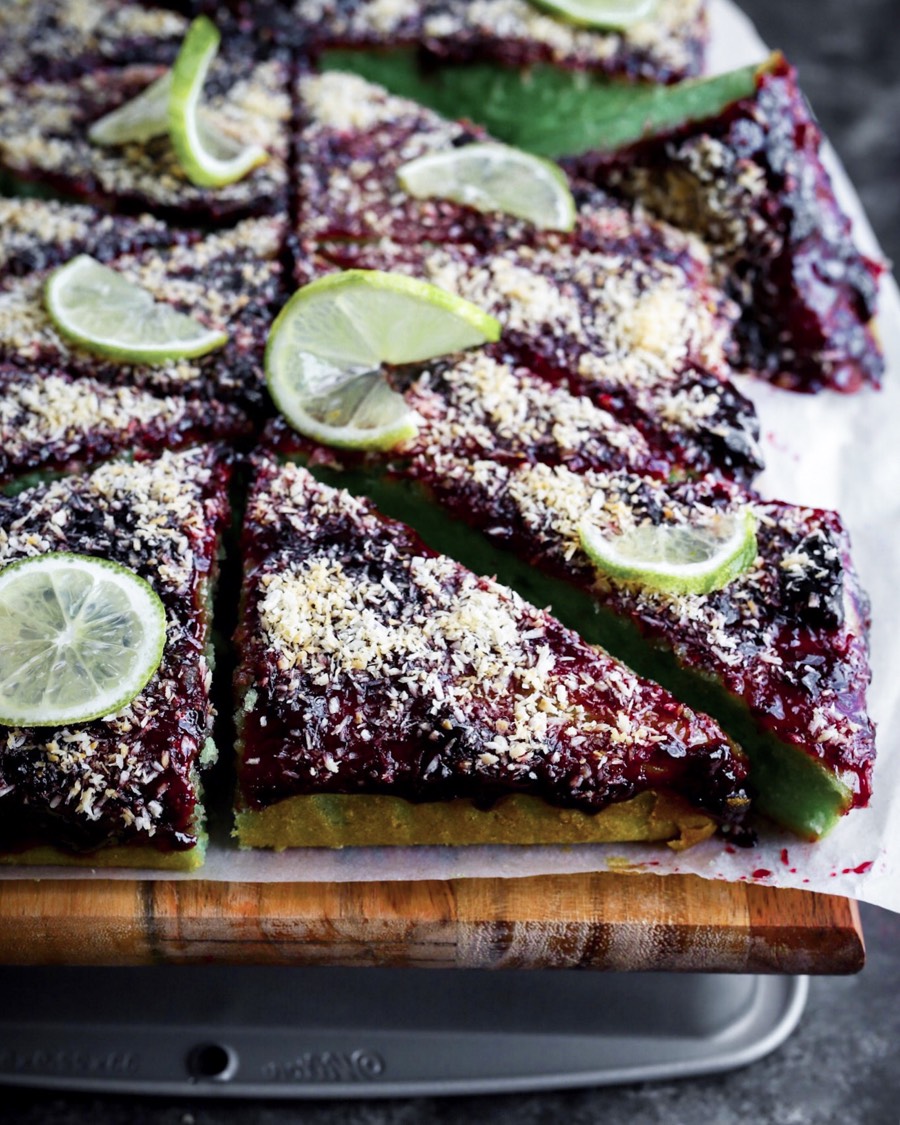 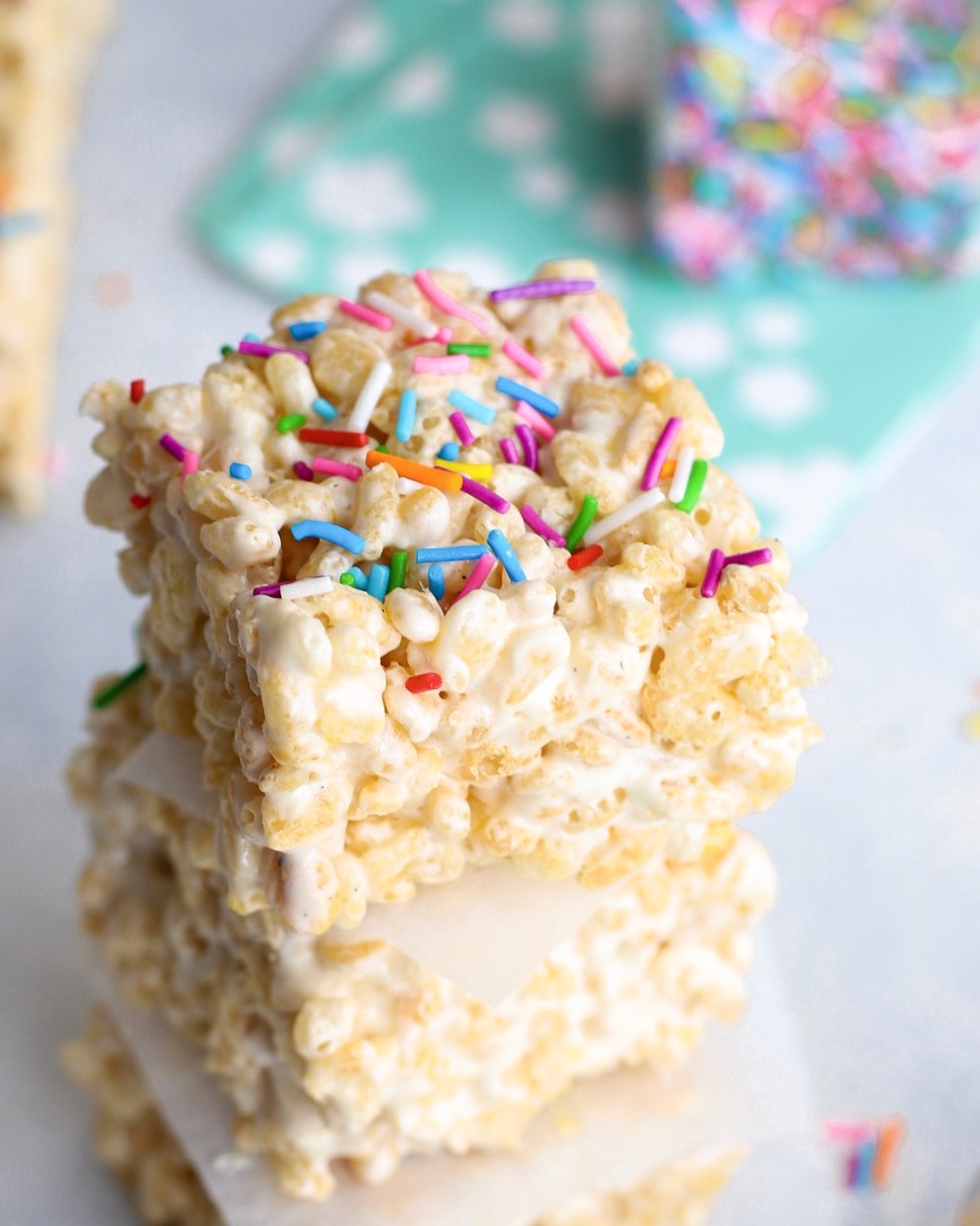 HI, sir thanks for sharing. how come the inside of my loaf is not green enough? any process that i missed out? the smell is however, very aromatic

I couldn’t find where did you mentioned about when you add the pandan mix... can you please advise? I added before the butter. Turned out the dough is too wet and the bread didn’t rise nicely. So sad. Hope you could guide me a bit. Thanks

you think the darkness is your ally

thank you in advance or advanced